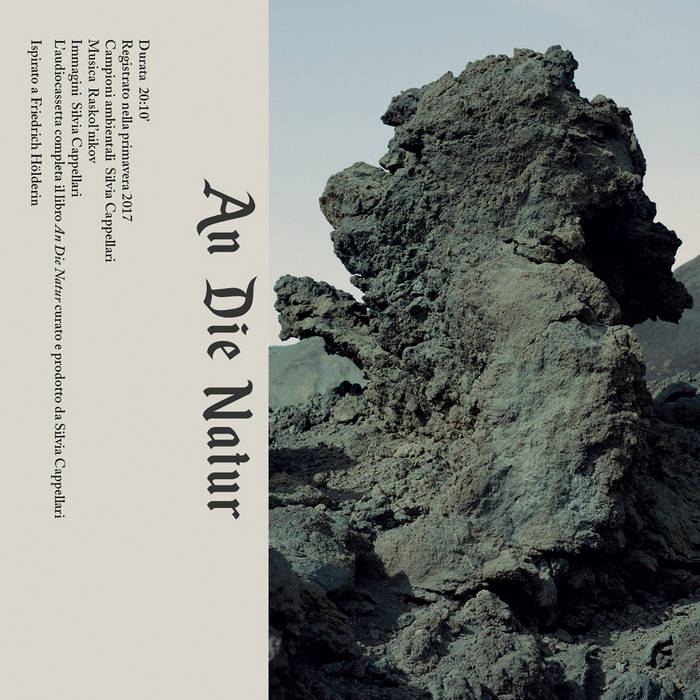 "An Die Natur" is an openly subjective, romantic and introspective photographic project by Silvia Cappellari inspired by the lyrics of Friedrich Hölderlin.
The atmospheres and the environments portrayed retrace the places imagined and described by the German poet within a research that investigates the relationship between landscapes and eternity.
The cyclicity of the seasons and of light and darkness, the natural alternation between aridity and exuberance, and Hölderlin’s scenarios, such as Mount Etna from the "Death of Empedocles” or the ruins of “Hyperion” are the ancient and still intact subjects that have been captured by the camera.
Raskol’nikov joined the project in order to provide the soundtrack to these images, using mainly natural samples and composing two long tracks aimed to take the listener right into the world and into the words of Hölderlin.
Originally released on cassette on a 25-copies artist press.

Bandcamp Daily  your guide to the world of Bandcamp

Guest hosted by Tamar Osbourn aka Collocutor and Toshio Matsuura.